After leaving Cicero, Indiana, Bob and I headed back to Elkhart to find out if we needed a new base for my passenger captain's chair. We want to replace it as the material is wearing unnaturally. We found out we wouldn't need a new base since Winnebago used the flexsteel base when installing the chair! Now, when we get home, we can order a new chair!

From Elkhart we drove to Coldwater Welcome Center and stopped for the night. It started to rain and we didn't want to end up with wet basement compartments. The leaky compartments are a known flaw in Forzas and Soleis.

The following morning, it was on to Wayne County Fairground in Van Buren Township, Michigan. It would be our base for exploring The Henry Ford. 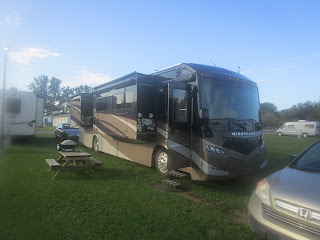 Our first day, we explored Greenfield Village. The buildings are historic or replicas of historic buildings. It was an interesting place, but the weather was not so good. It rained off and on the whole day! 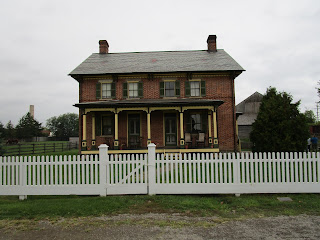 We found this clock displaying Romulus and Remus as we were nearing the end of our visit. No, we didn't stick around to hear it...it was raining! 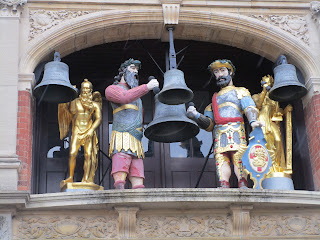 The next day, we took the day off and ran some errands, did laundry...you know stuff that has to be done whether you are traveling or at home.

The following day we drove back to The Henry Ford to use our remaining tickets. We started out in the main museum looking at Presidential vehicles. 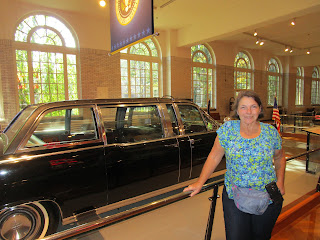 There were old cars of most makes and models. 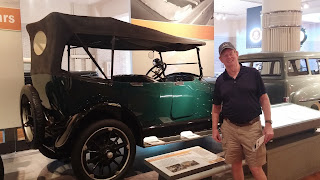 This was one of my favorite displays. The board clamped to the kitchen sink has Henry Ford's first working gasoline engine. His wife poured gas into the intake valve while Henry cranked it. No, it is not much to look at, but look at where this invention has us today! 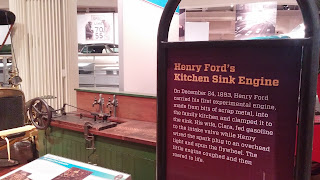 We took time off  after lunch to tour the Rouge Manufacturing Plant. Photography is not allowed in the factory. We able to take pictures from the roof viewing area. Yes, that is grass growing on the roof of the factory. 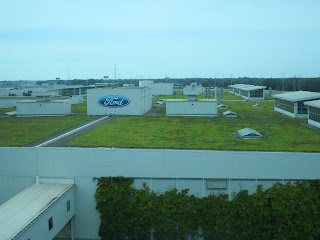 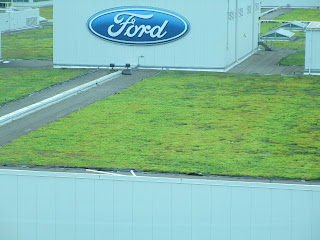 After the Rouge Tour, it was back to The Henry Ford to finish our visit. The afternoon took us through the aircraft section and the steam engines. We missed the Liberty section and only spent a few minutes in Mathematica. The museum and factory left us awestruck by the inventors.

When we arrived at our campsite, there was a woman picking veggies in the fairground garden. She said to take all I wanted as the gardener was going to pull everything up in the next couple of days. Here is my bounty! 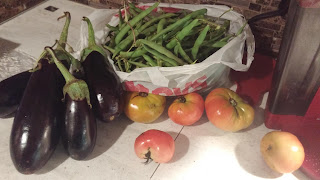 We enjoyed our trip to The Henry Ford and our stay at Wayne County Fairground. Time to move on down the road.